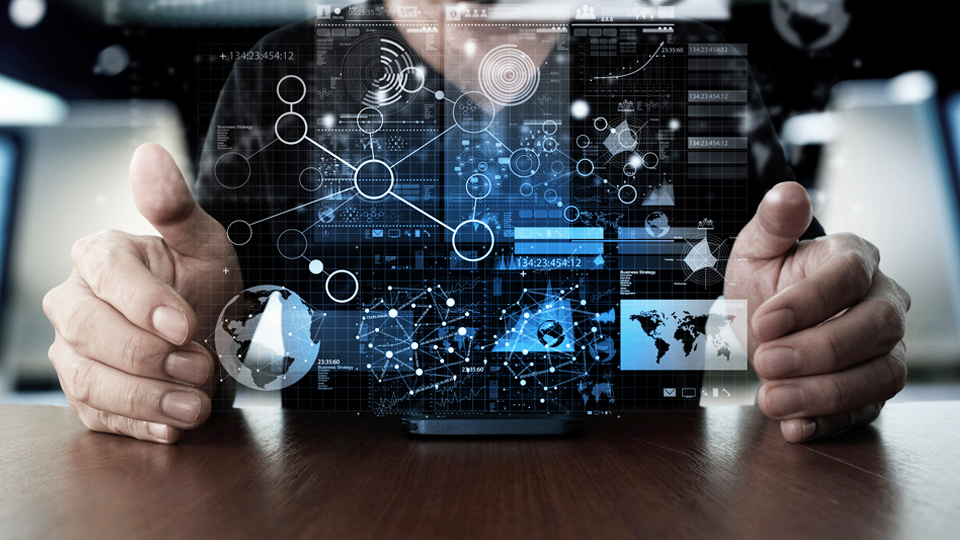 Global Marketing Monitor: If You Come For The King, You Best Not Miss

Significant events of the past few weeks from around the world, only loosely related, provide us with a vivid illustration of how dynamics between upstarts, incumbents and governments impact the global media industry. Among the more fascinating stories in media right now relates to the challenges facing France’s Ligue de Football Professionnel (LFP), France’s primary professional soccer league operator. On one level, it is an issue involving a rights holder and a professional sports league suffering through the pandemic’s unanticipated consequences. On another level, events there feature symptoms of a wide range of issues impacting the global industry, as digital media owners have imposed greater financial discipline on their businesses in the past few years and incumbent media owners have found ways to reassert themselves, aided by tacit or active support of governments.

French football rights fees grew meaningfully in the last cycle of negotiations. As background on the situation in France, soccer – or football to non-Americans – were only available to watch through subscription-based pay-TV services, and LFP’s sports rights were historically held by one or two companies who agreed to pay a combined total of hundreds of millions of euros per year for those rights. From 2008-2012, Vivendi’s Canal Plus and Orange shared domestic rights for a combined annual rights fee of €668 million. From 2013-2016, Canal Plus and Al Jazeera’s BeIN Sports secured those rights for €510 million per year. The next cycle saw a significant increase from the same licensors, rising to €726 million through 2020. However, the 2020-2024 cycle, negotiated in 2018, saw an even more significant gain in annual rights fees, rising to €1.2 billion with the arrival of the Spain-based Mediapro whose controlling shareholder is a Chinese private equity firm (and whose minority investors include WPP).

Rights inflation was lower in France than in the U.S. or U.K. for comparable rights. While the rights were viewed as expensive by some (the CFO of Vivendi, the parent company of Canal Plus, called them “rich”), it’s not unreasonable to think of an annual compounded annual growth rate (CAGR) between 2010 and 2020 of approximately 6% was actually quite modest. If we look at the growth in value of top-tier sports rights fees in the U.S. (for the NFL, for example), we can calculate a CAGR of 9%. U.K. Premiere League football grew by, even more, rising by a CAGR of 11% over the same time.

Inflation in rights fees has generally been a function of increasing competition paired with a capacity of rights holders to tap new revenue streams or otherwise tolerate significant losses while they establish new businesses. On that basis, a less-than-doubling in value of rights for a country’s top sports league has been relatively restrained and, presumably, an upstart would have seen value over time in paying up for those rights.

Mediapro couldn’t sell enough subscriptions to cover its costs.To generate revenue to pay for the rights, Mediapro created its own dedicated soccer-themed channel, licensing the Telefoot brand from free-to-air broadcaster TF1. The network was launched in August ahead of the start of the slightly delayed 2020 season. However, according to an interview its CEO held with news agency AFP in December, Telefoot could only persuade 600,000 subscribers to pay for its €25 per month offering rather than the 3.5 million subscribers it was planning on. Consequently, Mediapro then entered into an agreement with the LFP to exit the relationship and shut down the network.

A re-bid for rights was insufficient to meet the LFP’s needs.Rights were put up for auction, and as of February 1, the league indicated Amazon, Discovery and DAZN bid for rights, but none were willing to pay the LFP’s reserve price. AFP then reported on February 5 that Canal Plus and the LFP agreed to pay an incremental €35 million cost to cover Telefoot’s rights for the remainder of the current season. Subsequently, the league announced that it would only generate €759 million in revenue this year rather than the €1.3 billion it had originally budgeted for. On February 9, it made a plea to the French government for an emergency support plan.

Once upon a time, we might have expected Facebook or Google to threaten to make a significant bid for these rights. Equally notable to us was the absence of companies not referenced as bidders but who previously would have had ambitions in this space, such as Google or Facebook. In most ways, this was unsurprising, as, in recent years, both of those companies have become restrained in their pursuit of professional sports rights and development or licensing the professionally produced content that could have been building blocks too much bigger media businesses. Still, this highlights an under-appreciated footnote to media history. In 2017, Facebook’s almost-successful bid for cricket rights in India was cited as a critical factor that persuaded Rupert Murdoch into selling the bulk of 21st Century Fox to Disney.

At the time, the premise that only the biggest “traditional” media companies would survive the ascent of the American technology giants. Whether it was because the bulked-up scale of some “traditional” media companies such as Disney and the emergence of Netflix and Amazon (who both found they could sustainably invest many billions of dollars on programming to build services not supported by advertising) made competing in this space less attractive or other because other factors were involved, concerns that Google or Facebook might dominate the sports and entertainment industries were not realized.

If anything, the notion that larger companies are generally better positioned to compete is playing out as anticipated, as long as they demonstrate a willingness and capacity to invest in their businesses over long time horizons, potentially losing money along the way.

Facebook and Google could have hurt incumbent media owners much more if they had continued as Murdoch expected.Facebook or Google would never have completely eliminated traditional media owners if they had continued investing aggressively in expensive premium sports and entertainment content after 2018. However, it’s interesting to consider that not doing so made it more possible for traditional media owners who chose to invest to re-establish themselves to thrive in the long run.

We see this play out today with traditional TV network owners who are investing heavily in streaming services to partially offset their traditional businesses’ weakening. Other media companies that have not made comparable investments yet are smaller but mostly still operating in some form. At the same time, they retain the capacity to find new paths for future growth.

A new law in Australia is meant to result in Google and Facebook negotiating more favorable terms with traditional media owners. In many countries around the world, something like this has played out. For example, in Murdoch’s native Australia, traditional media owners have lost much of their usage to digital media platforms and concurrently lost much of their advertising revenue to the same companies. The Australian advertising market is one where “traditional” media owners have seen their share of the advertising market fall in the decade between 2010 and 2020 from 83% of the market to 43%.

Digital media owners, representing around 57% of the market now, are primarily spending on Google and Facebook. In a market with A$14 billion, or USD 10 billion of advertising, Facebook probably accounts for around $2 billion and Google around $3 billion, up from relatively a decade earlier. The total advertising market grew by only about 5% over that same time.

Critically, media owners who run journalistic enterprises or regulated businesses maintained much of their stature in civil society, including deep relationships with governments. With this context and a view held by publishers that Google and Facebook unfairly monetize traditional media owners’ content, years of lobbying has resulted in tangible action: the federal government of Australia established a News Bargaining Code that creates a “framework for parties to reach commercial agreements so that news media businesses are fairly remunerated for the content they generate.”

The Code is intended to address “bargaining power imbalances between Australian news media businesses and digital platforms, specifically Google and Facebook.” In real terms, the goal is to get Google and Facebook to pay Australian publishers more for content consumed in whole or in part on Google and Facebook’s platforms. To accomplish this goal, the Code includes mandatory arbitration (with a Chair selected by the regulator) and an obligation to provide advance notice of changes to algorithms that would impact publisher traffic.

The new Bargaining Code has nearly become a law. After much back and forth with the involved parties, the law is still being refined but seems certain to come into effect. This is occurring despite threats from Google that it might restrict its activities in Australia and actions from Facebook, including actually removing news content paired with a threat to prioritize investments in other countries.

In the shadow of this activity, on Monday and Tuesday, Google and media company Seven West (one of Australia’s large TV network and newspaper publishing groups) agreed to a “long-term partnership (for Seven West) to provide news content to the Google Showcase product which launched in Australia in early February.” Multiple news reports indicated that the arrangement would pay Seven West more than A$30 million annually, a significant amount in the context of Seven West’s full calendar year revenue of approximately A$1.1 billion. On Tuesday, Murdoch’s News Corp then established a similar global agreement with Google for its properties.

Google and Facebook are positioning themselves to co-exist with other media companies. Google and Facebook would undoubtedly be fine if they paid out several percentage points more in revenues to media owners who produce content in Australia or other markets worldwide (as other governments are likely emboldened to take similar actions). The two companies will retain significant growth rates and protective capital expenditure-funded “moats” around their businesses that make most competitive threats unlikely. However, as illustrated here, Google and Facebook are not likely to cause the long-anticipated “death” of traditional media.

While there may have been a point when Google and Facebook could have inflicted greater damage on those companies by investing more aggressively, they chose to manage their businesses more conservatively instead and are likely to continue doing so in the future. They are further constrained in making many of the moves they may have wanted to make in the past because governments are now inclined to find ways to prevent such actions from occurring.

There is still room for other media owners to take share that could have gone to Google and Facebook. As a consequence of their commercial choices, Google and Facebook have left room for others – including other upstarts and traditional incumbents from the U.S., such as Netflix and Disney – to realize more significant potential. Looking back to France, we have seen how TF1 and M6, the dominant free-to-air broadcasters, have only made modest (if seemingly financially prudent in the short-term) investments in their joint venture streaming service Salto.

With only tens of millions of euros in annual programming commitments, it seems unlikely that the business is positioned to thrive as Netflix and Disney have the capacity and the will to invest hundreds of millions of euros in to support their SVOD initiatives in France alone every year. To point, just this past week, Disney made its first announcement of a slate of original French programming.

Amazon has capitalized on these opportunities and is by now a much more significant player in premium video than either Google or Facebook in most markets around the world.

High levels of investment versus competitors have the potential to disrupt a market meaningfully. Sometimes a disruptor runs out of capacity to do so or otherwise chooses to manage itself differently. If it does, incumbents have a chance to survive, which can mean that they can change the regulatory regime in which everyone operates into a more favorable one, or they have the opportunity to invest further in change themselves.

All of this has a combined effect in the media industry to produce the incremental change that we generally see in front of us.